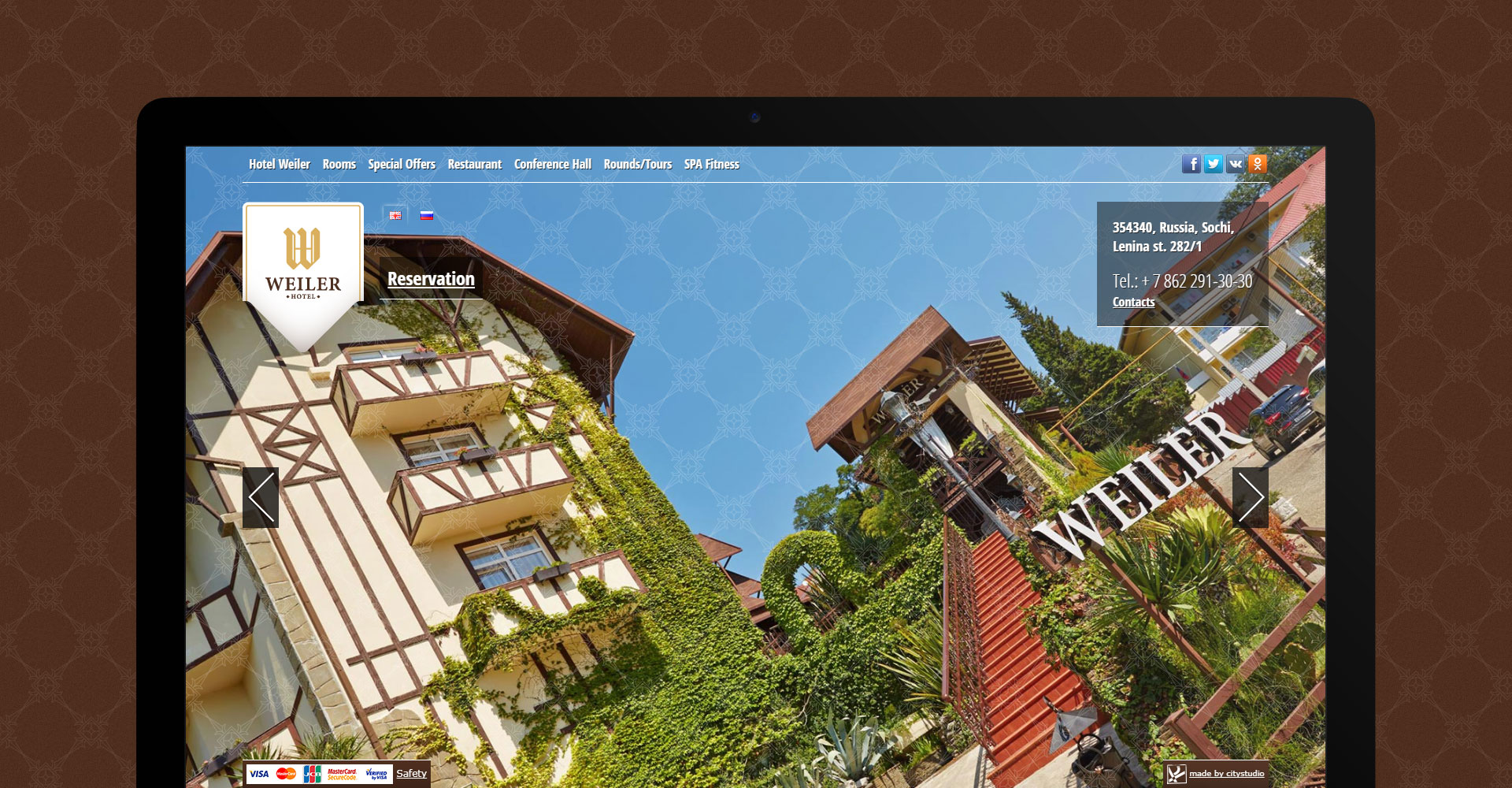 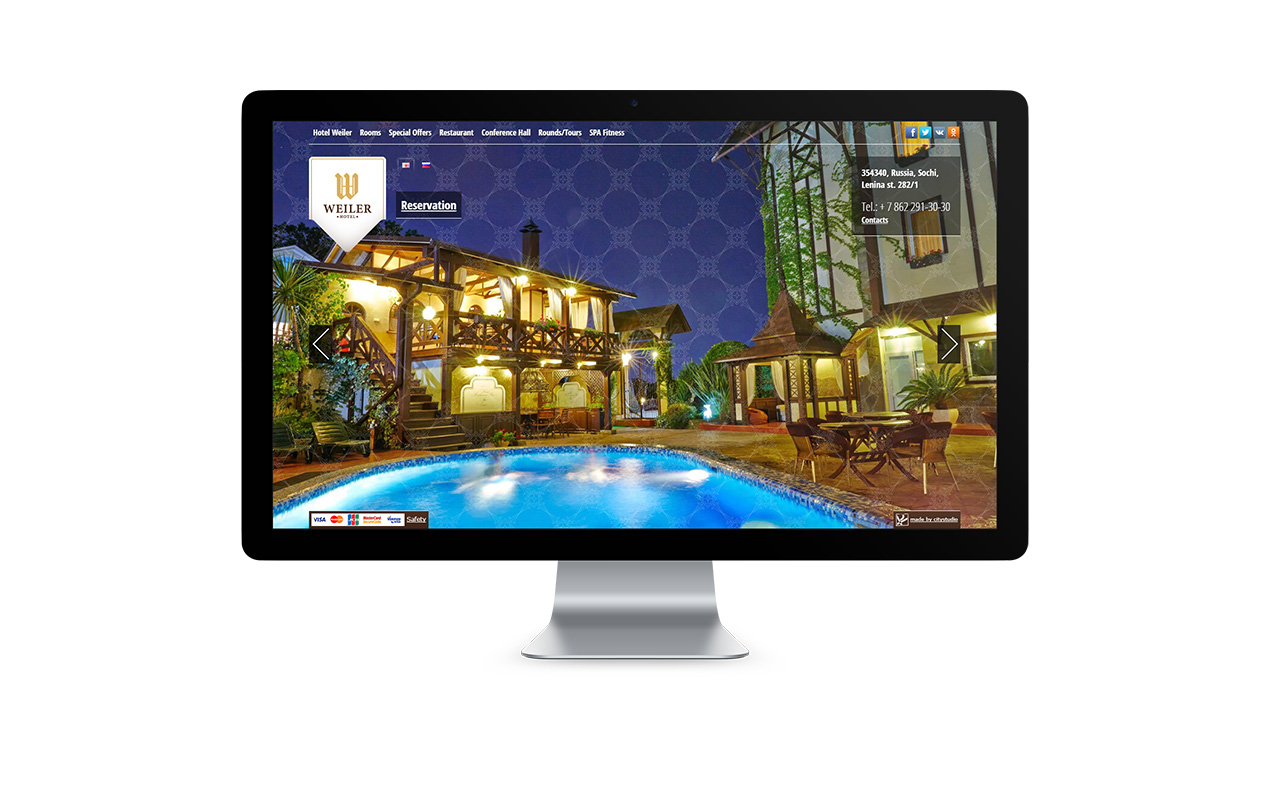 Hotel "Weiler" is a five-story building, the architectural appearance of which is made in Alpine chalet style. The facade of the building is decorated with flowers and the territory with greenery. Panoramic hotel lift takes guests to the floor. The hotel is located in the central part of Adler in a quiet location in 10 minutes' walk from the sea. There is a resort town, a water park "Amfibius", an oceanarium, a dolphinarium, and an musement park in the immediate vicinity of the hotel. 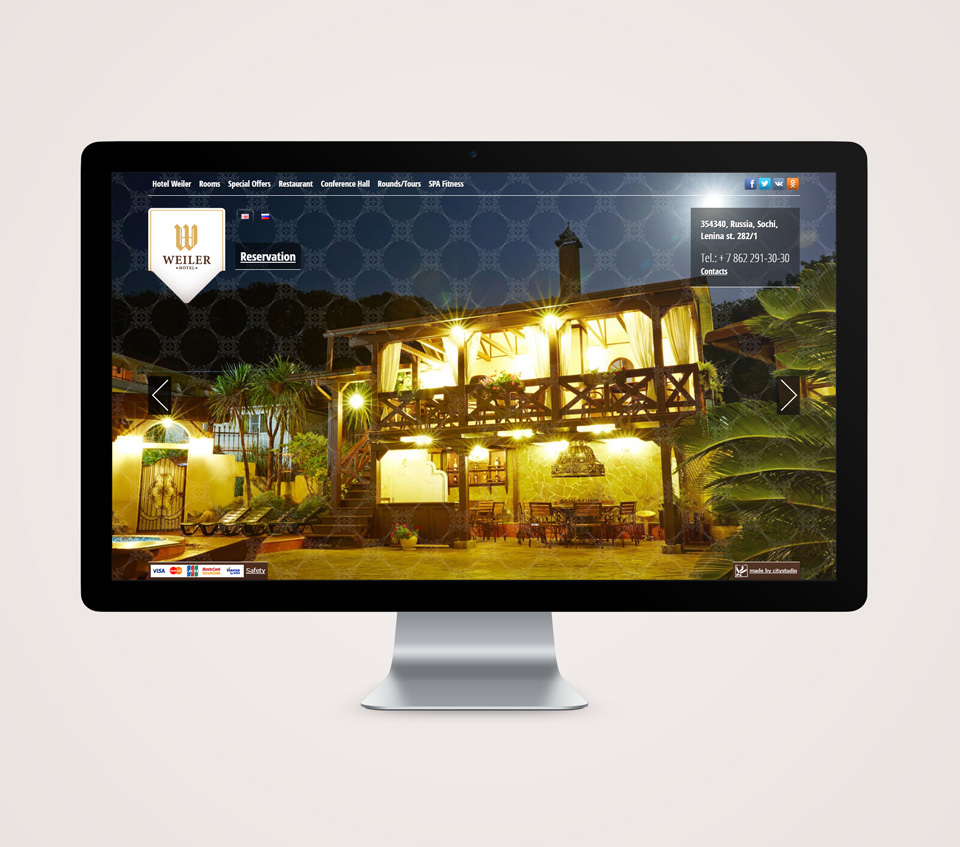 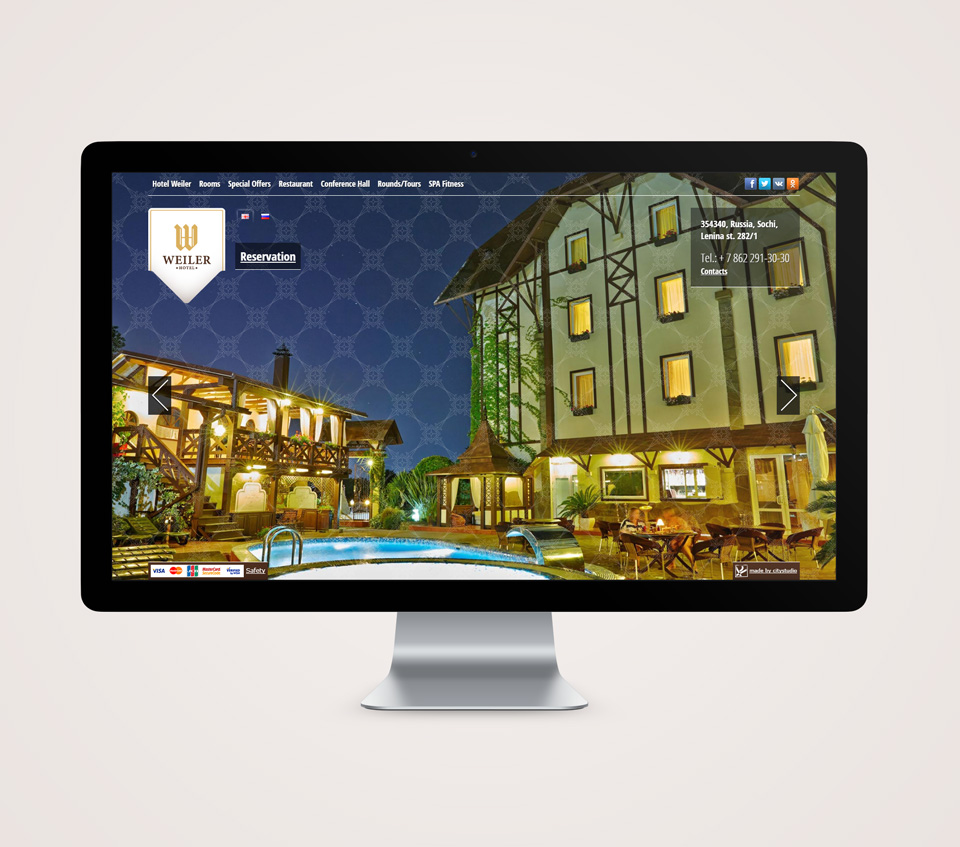 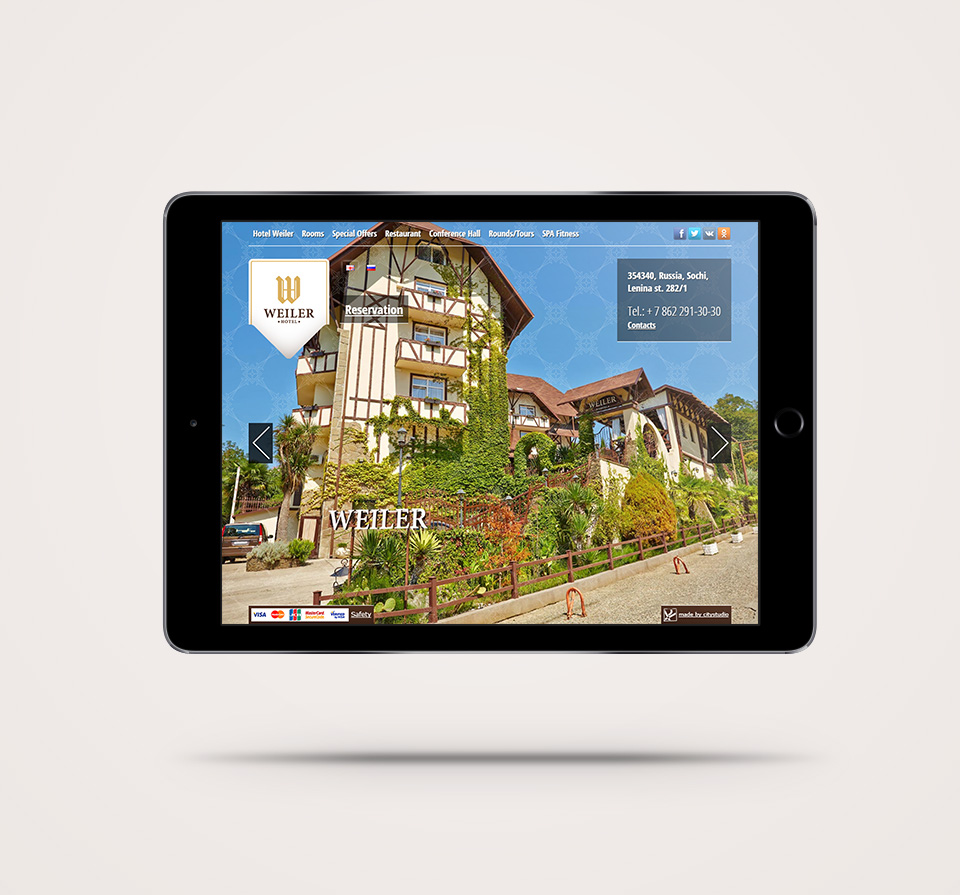 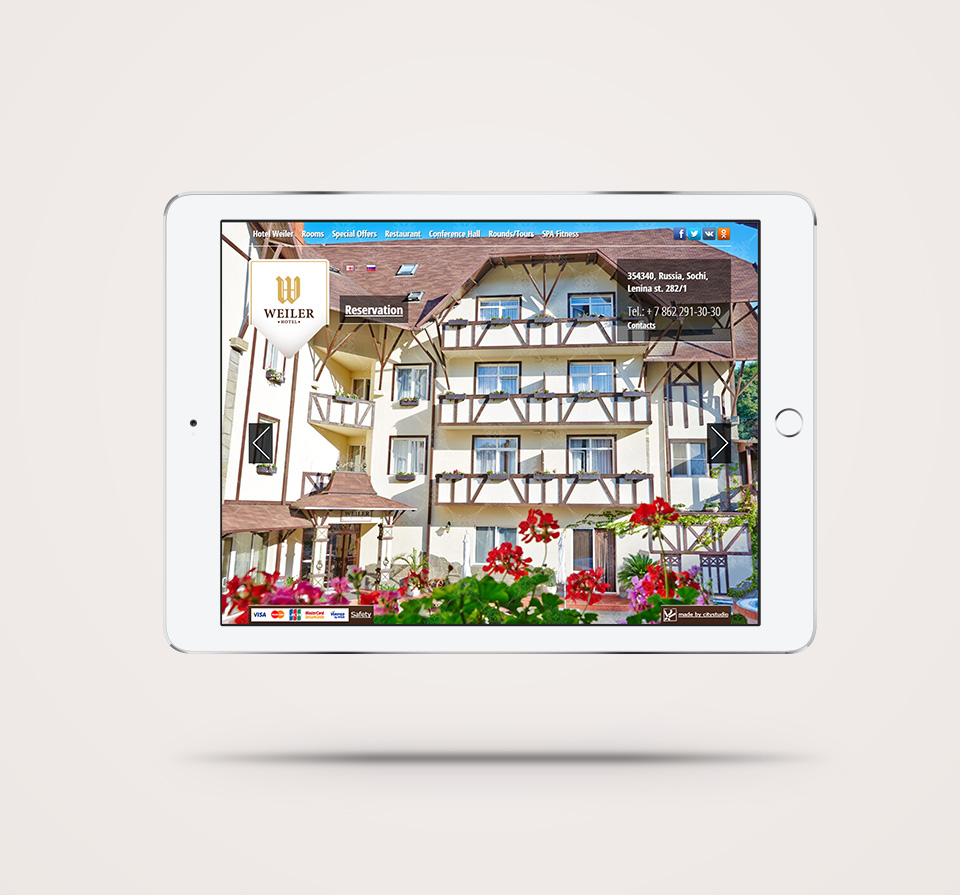 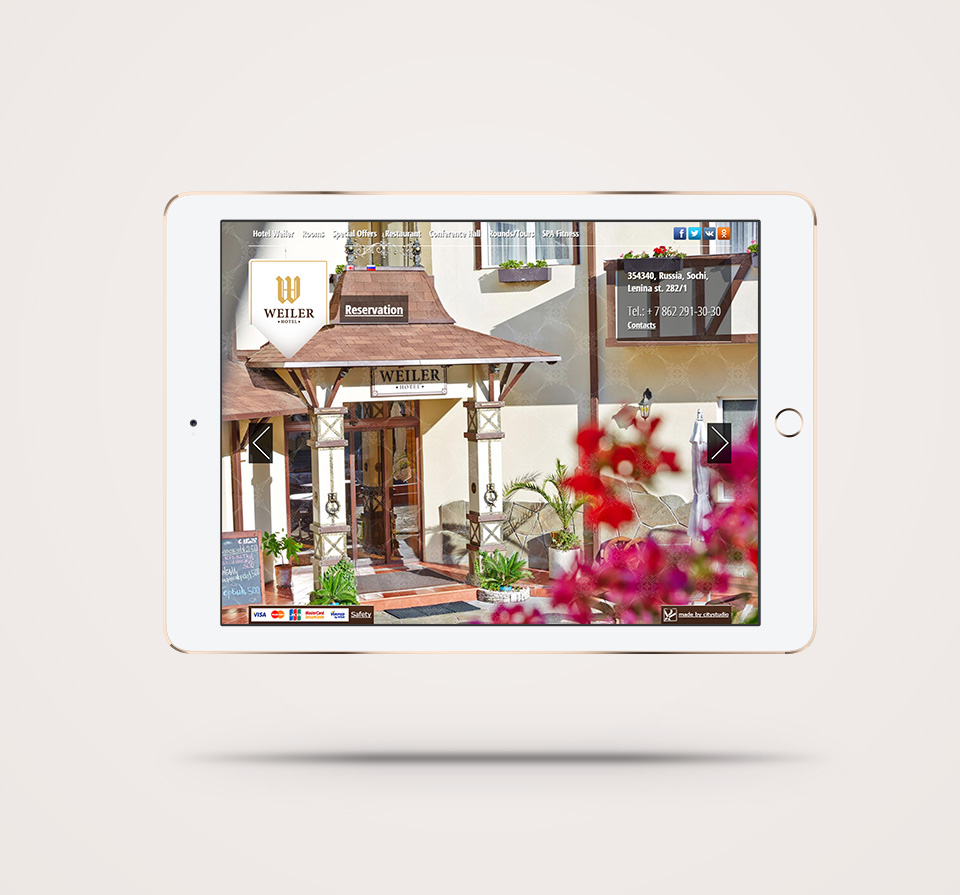 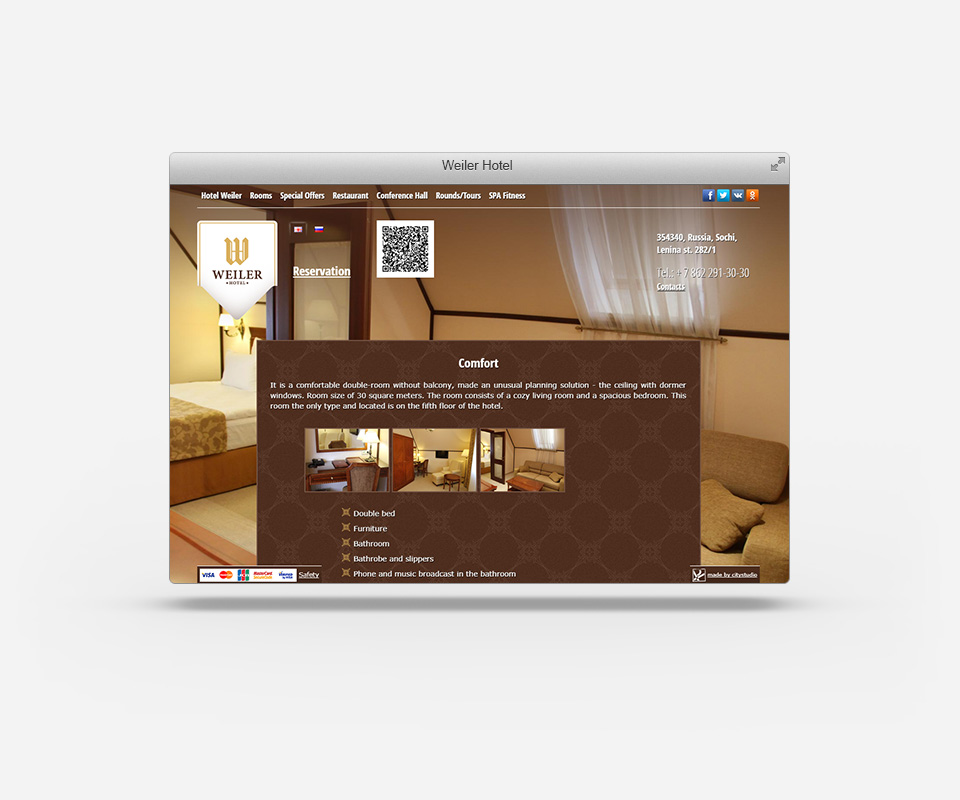 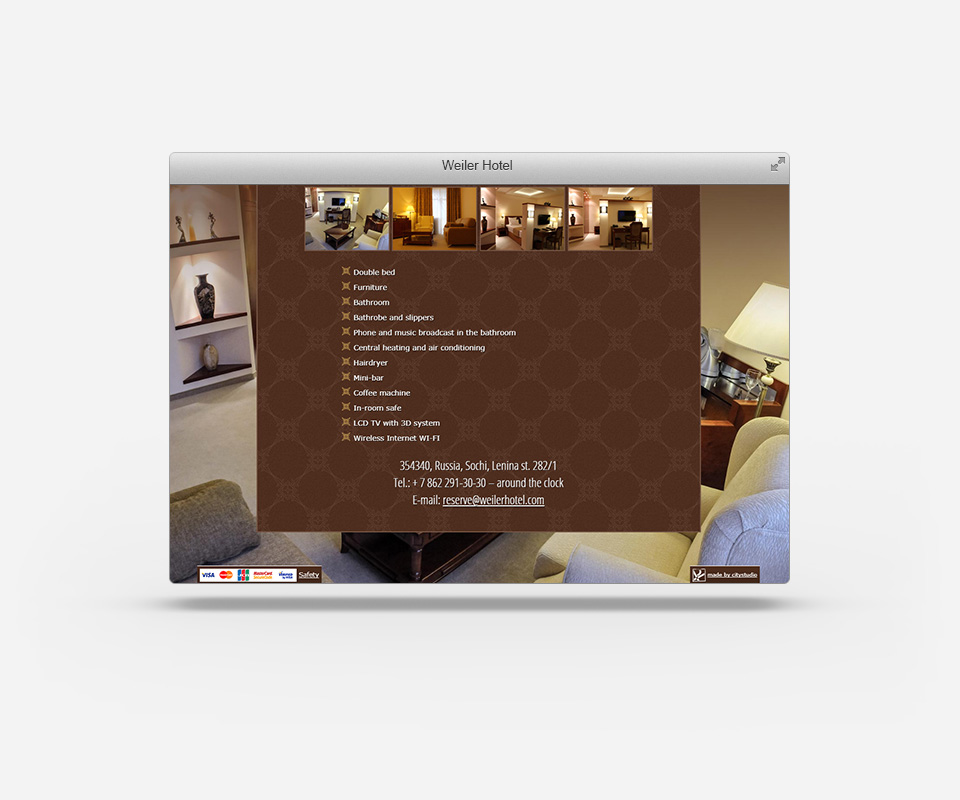 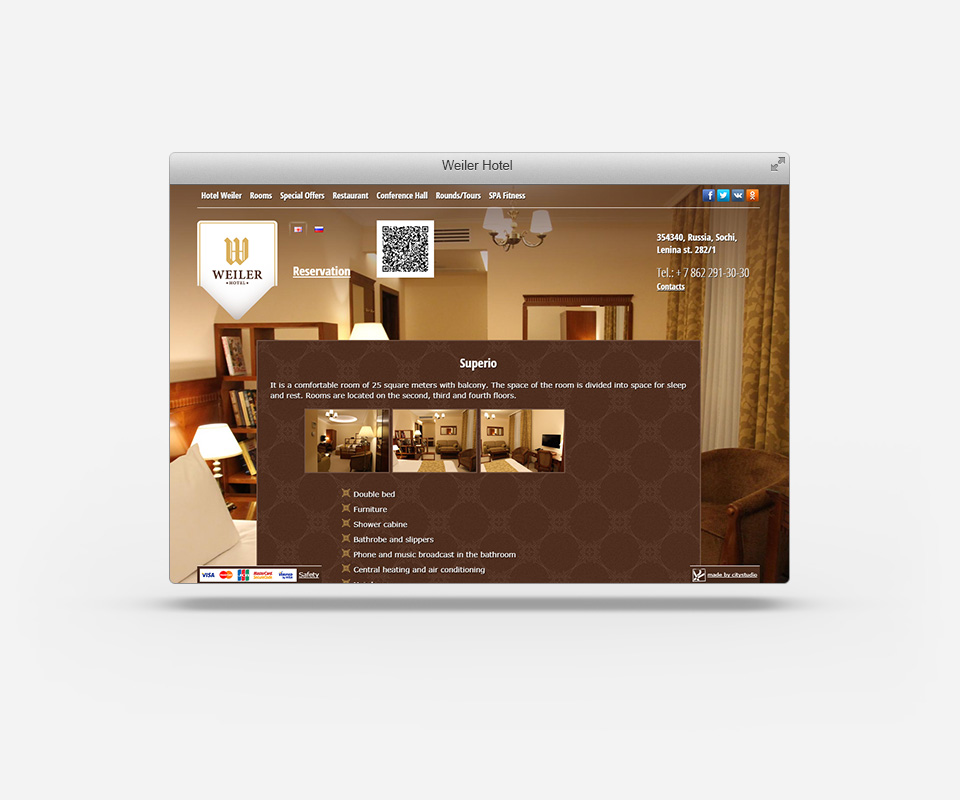 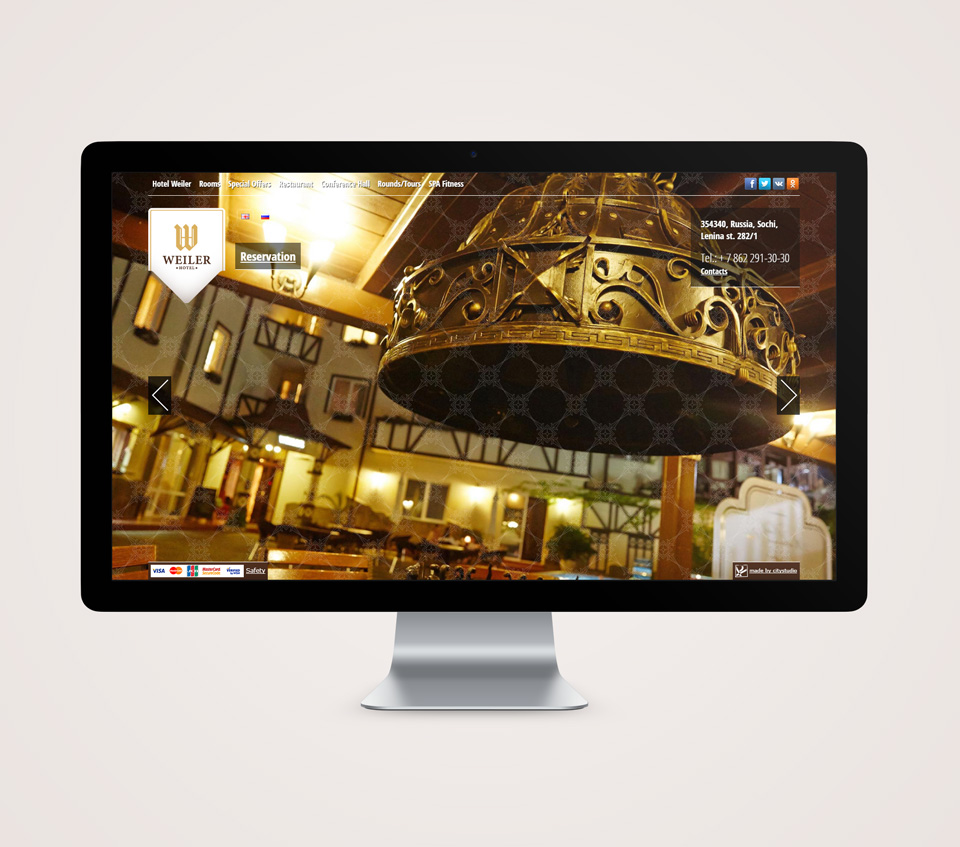 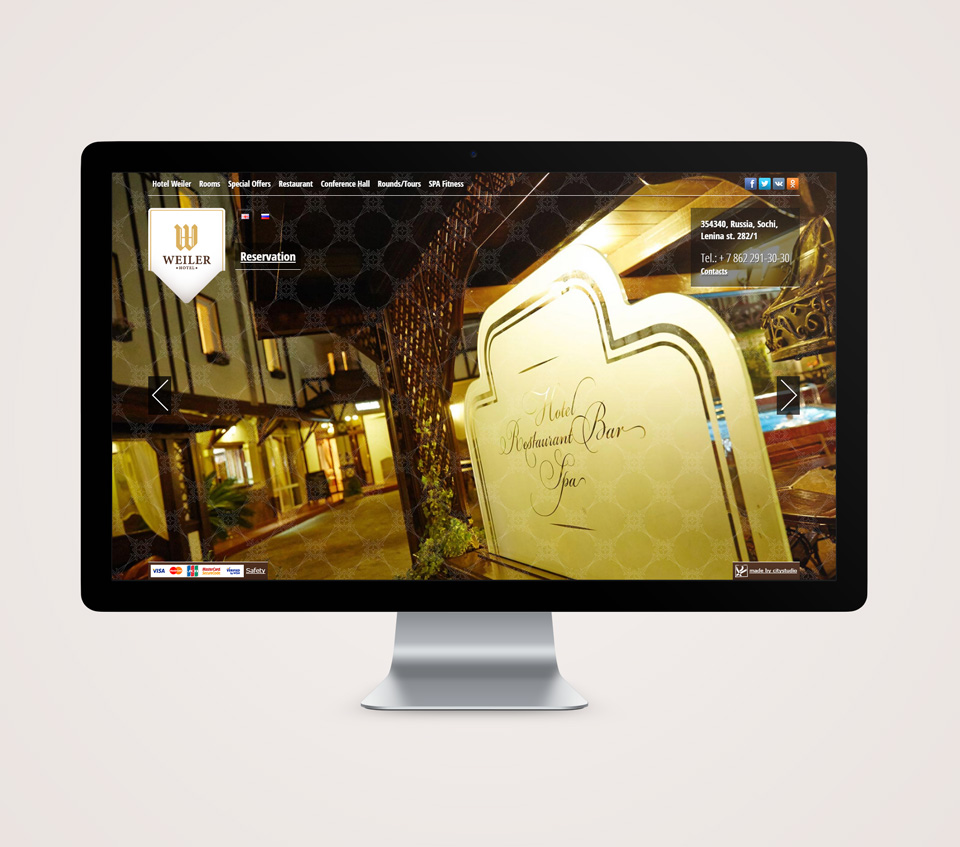 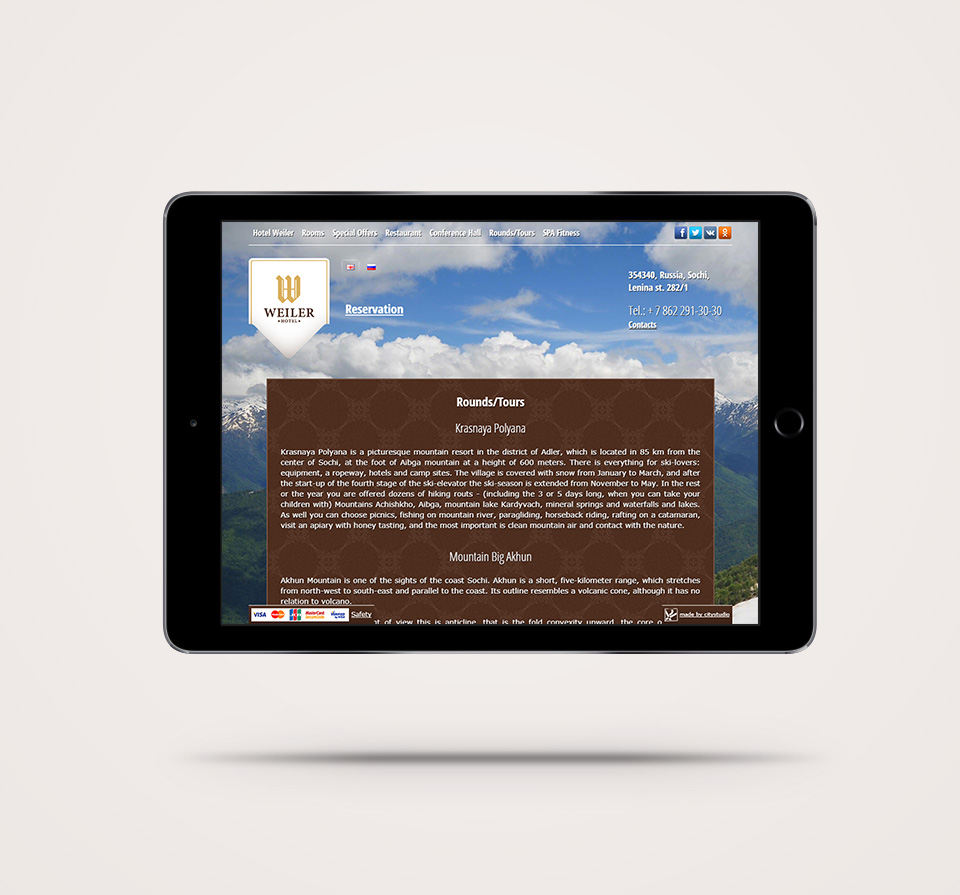 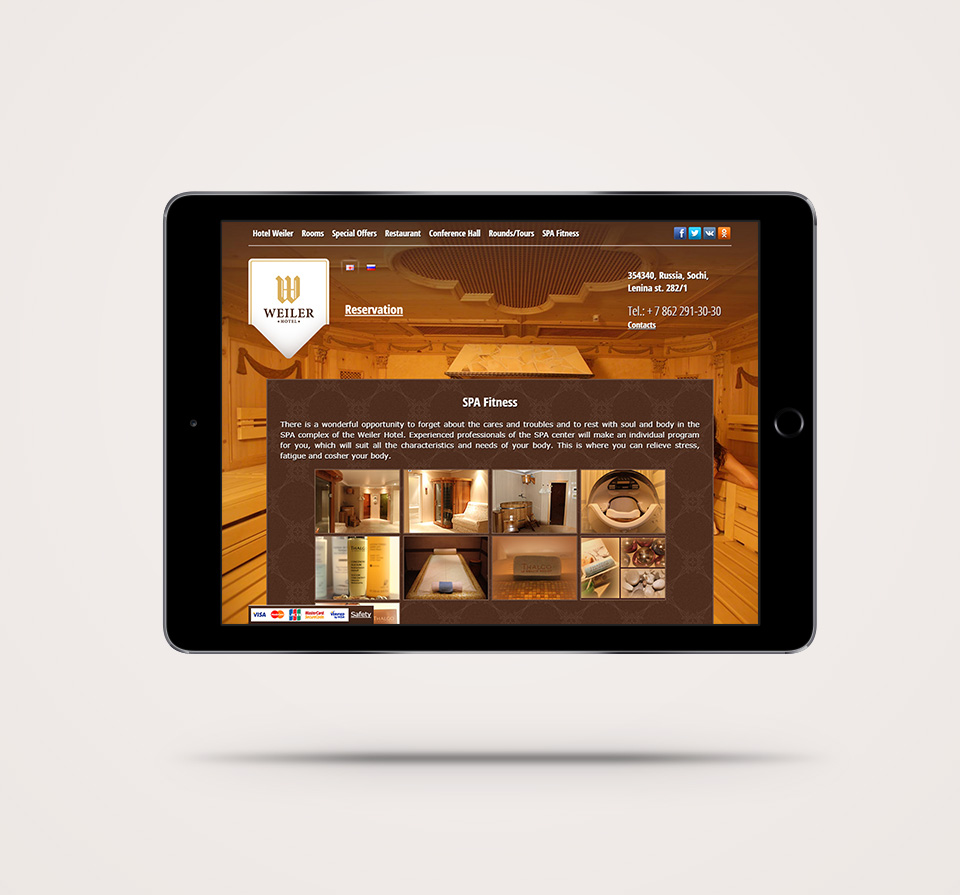 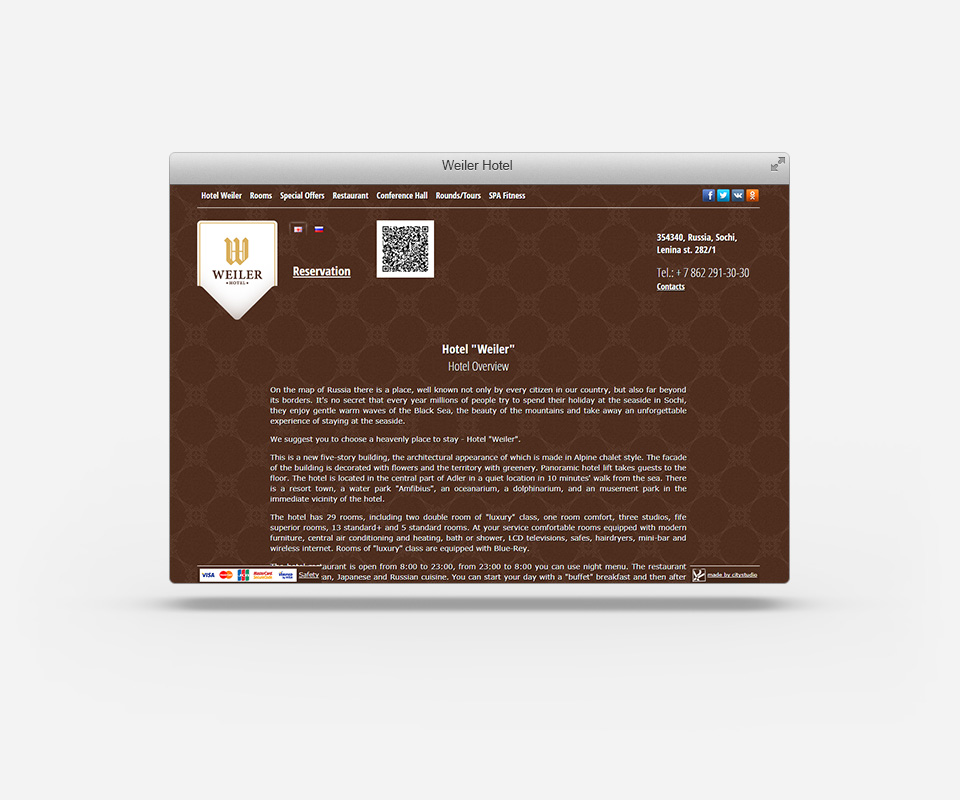 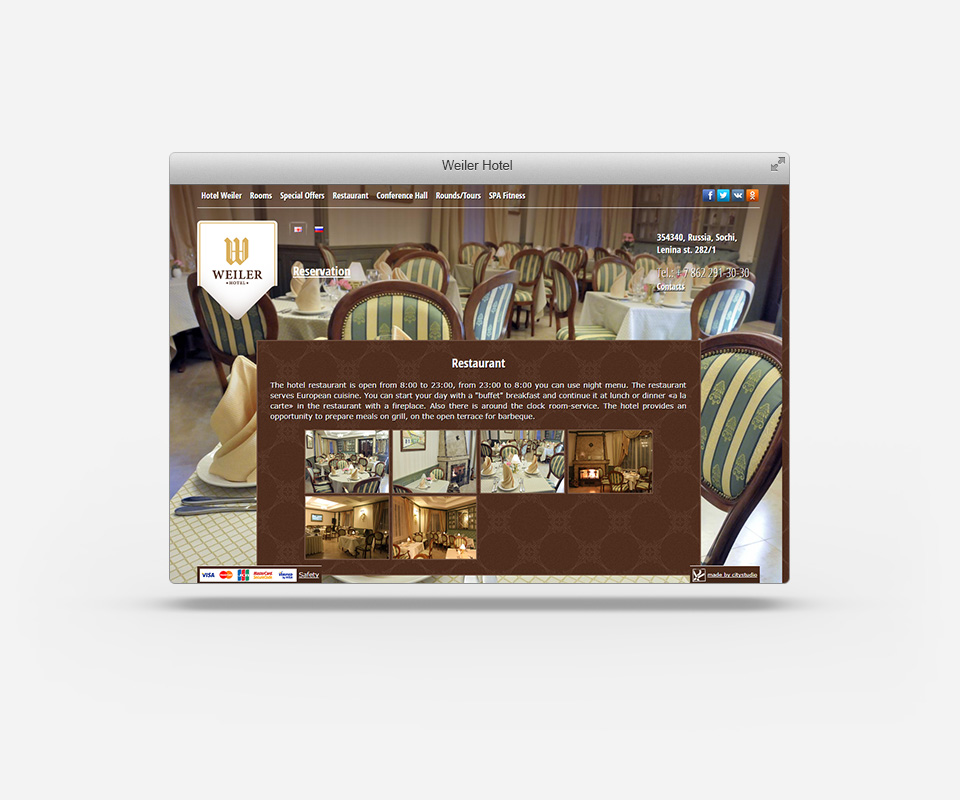 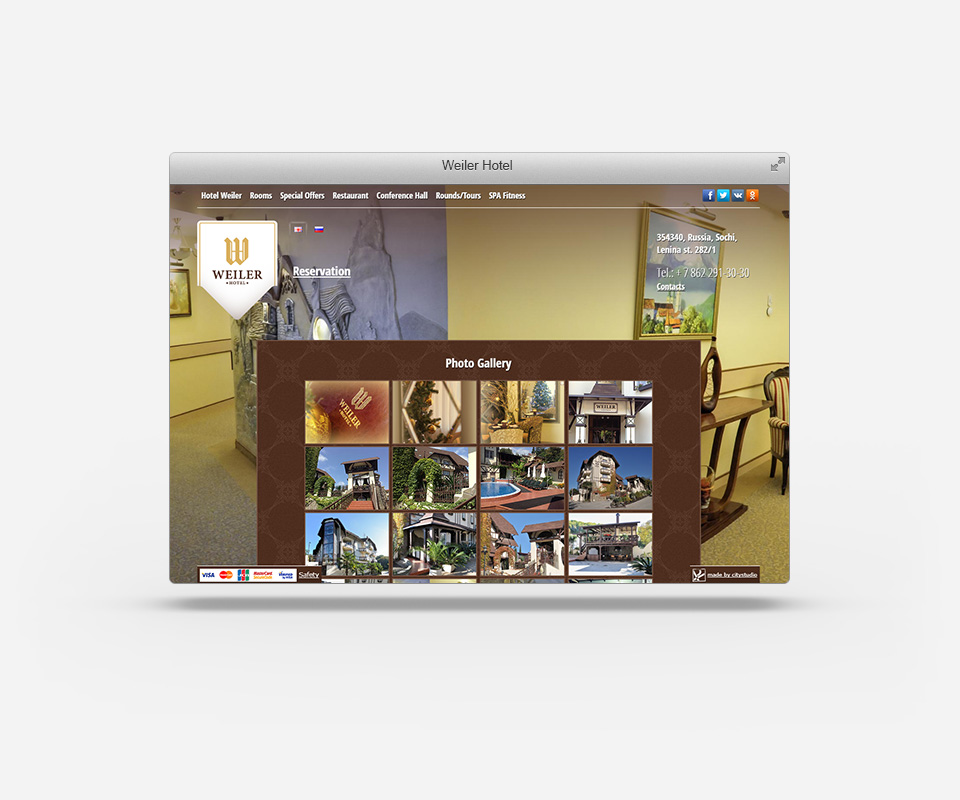